We are happy to announce the release of version 0.4.0.Final of the Overlord S-RAMP project.  This new version contains a number of a bug fixes, but most importantly we now have support for all of the following runtime platforms:


Additionally, the S-RAMP User Interface now includes an Ontology Manager, which is long overdue.  It's pretty hard to manage ontologies without an editor, due to the format (RDF + OWL Lite) of the file.  To help with that, version 0.4.0.Final includes a user interface that will allow users to create, upload, and edit their ontologies. 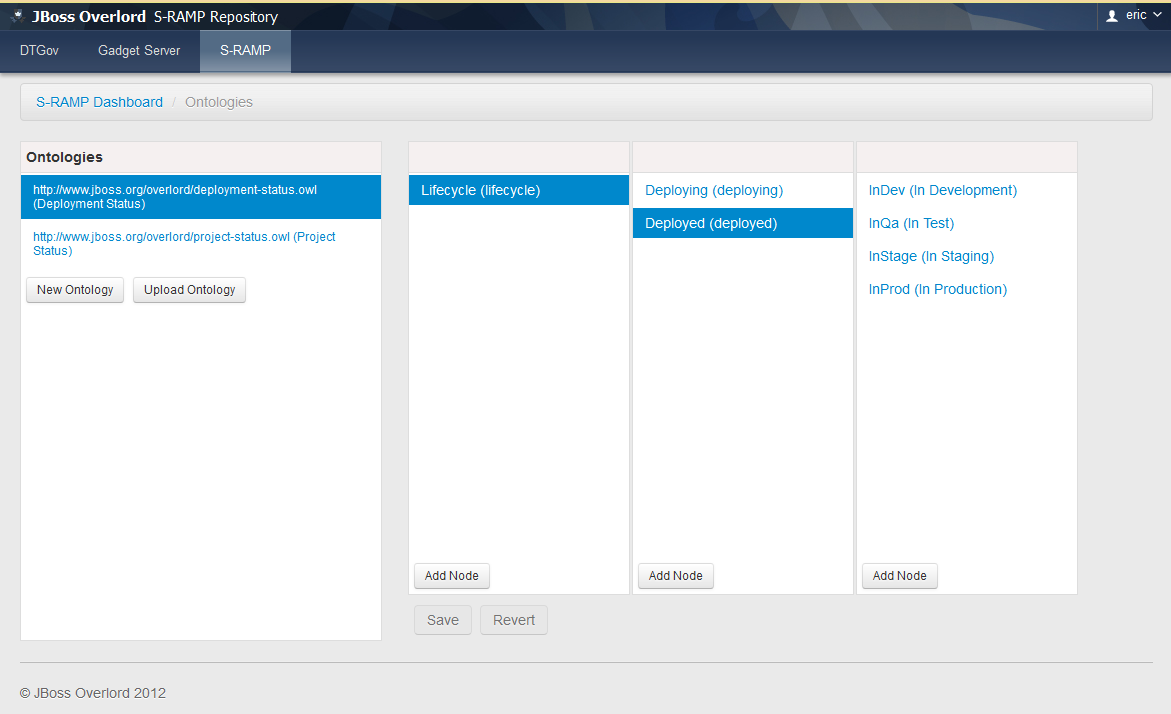 It is of course recommended that users finalize (as much as possible) their ontologies prior to using them to classify artifacts.  Once an ontology is heavily used to classify artifacts, it becomes much more difficult to make significant (read non-addition) changes to it!
Posted by Eric Wittmann at 7:17 AM